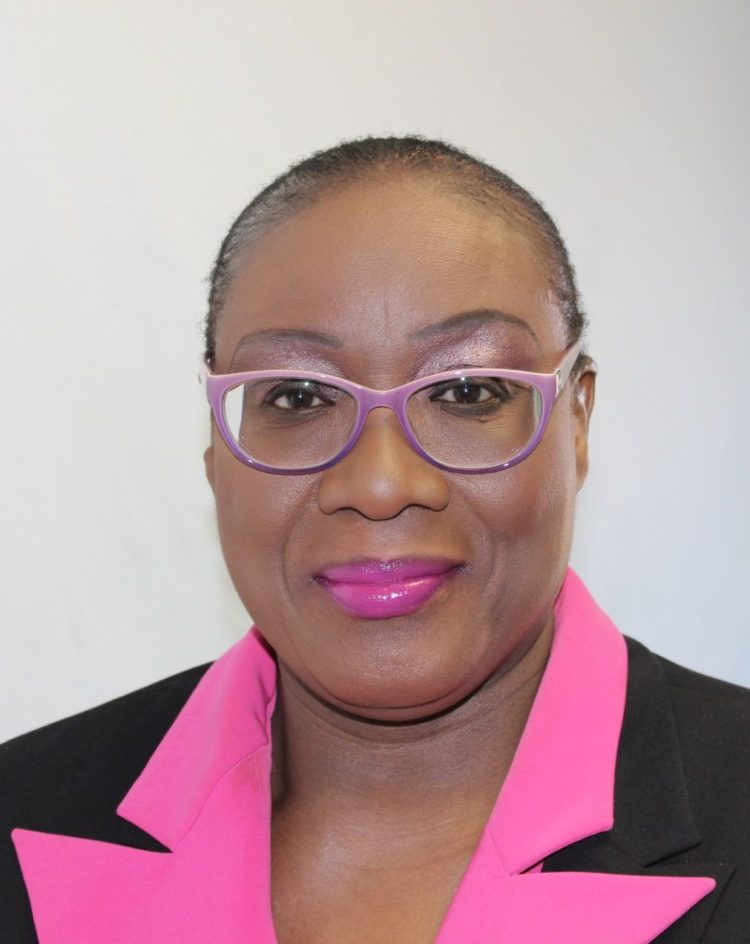 “Abi,” as she is popularly known, started her career with Legal Aid Council in Port-Harcourt, and the firm of Jamabo & Jamabo in Rivers State of Nigeria. Her specialty was Criminal Defense. She subsequently joined the blue chip firm of Akin Lawrence & Co, Lagos, Nigeria, where her practice areas covered Banking and Finance, Oil and Gas Law, Commercial Law and Intellectual Property Law.

In 1985, she was appointed the group Legal Adviser to Concord Group of Companies, then the largest newspaper in Africa, where her practice areas covered Libel and Defamation Law and Commercial Law.

Abi became a co-founder of Salu & Co in 1989.  In 1990, she joined the Faculty at the Nigerian Law School in Lagos, Nigeria where she rose to become a Senior Lecturer.

In 1998, she joined the Faculty of Law at Lagos State University (LASU), Ojo, Lagos, Nigeria. Her specialty was Environmental Law, Oil and Gas Law.

She is highly published in several academic journals and was a regular contributor on Environmental Law in several newspaper. She was a consultant to the Lagos State Government and the World Bank on mass transit to the City of Lagos with a population of seventeen (17) million.

She was a former Legal Adviser to the Nigeria Gas Association. The association comprises big players like Mobil Oil, Texaco, Shell, Chevron and Agip. She was a former visiting scholar to Environmental Law Institute, Washington DC.

Abi is presently a Partner at Salu & Salu Law Firm, a member of Tennessee Bar Association and Memphis Bar Association.  She is an accomplished author and has published her first book, Weapons of Praise and Worship.

1997: Environmental Issues and Foreign Companies Carrying on Business in Nigeria – Published in “The Advocate”, A Journal Of The Students Representative Council of The Nigerian Law School, Lagos. Vol 11, 1997.

1998: Rights to Compensation by the Relatives of an Aircrash Victim – Published in “Modern Practice Journal of Finance And Investment Law,” (MPJFIL) Vol. 2 No. 1 January 1998.

1998: Can Laws Protect The Environment in Nigeria? – Published in “Modern Practice Journal Of Finance And Investment Law,” (MPJFIL) Vol. 2 No. 2 of April, 1998.

1999: Cyberlaws – Its Application and Enforcement in Nigeria – Published in “The Modern Practice Journal Of Finance And Investment Law,” Vol. 2 No. 4, October, 1999.

1999: Securing Environmental Protection In The Nigerian Oil Industry – Published in “The Modern Practice Journal Of Finance And Investment Law,” Vol. 3 No. 2, April, 1999.

1999: Correcting Our Past Mistakes – A Look at Proposed Reforms In Environmental Issues in the Next Millennium – Accepted For Publication by the Nigerian Law Research And Economic Development Project As A Contribution To a Book titled “Contemporary Issues In Nigerian National Development: Essays In Honour Of General Abdulsalami Abubakar,” vide the letter of acceptance dated 5th of May, 1999.

1999: The World’s Most Neglected Rain Forest – Are Laws Adequate To Protect Them? – Deforestation In Southern Nigeria as a Situation Report – Accepted For Publication by the Nigerian Law Research And Economic Development Project, as a Contribution to a book titled “Contemporary Issue In Nigerian National Development:
Essays In Honour Of General Abdulsalami Abubakar” – vide letter of acceptance dated May 5, 1999.

1999: Natural Gas – The Energy for the Next Millenium: (Safety And Environment Concerns) – Accepted for Publication by “Modern Practice Journal of Finance and Investment Law” – vide letter of September 6, 1999.

1999: Single Global Environment – Wide Disparity in the Protection of the Earth by the Developed and Developing Countries (Germany and Nigeria – A Comparative Analysis) – Accepted for Publication by the Law Reform Commission Journal  – vide letter of acceptance dated August 6, 1999.

1999: UNCLOS III – What Protection for the Marine Environment? – Published in “Selected Essays On Petroleum And Environmental Laws,” a Publication of the Department Of Public Law, Faculty Of Law, University Of Benin, Nigeria.

1999: Environmental Impact Assessment and the Dredging Of The River Niger – Legal Issues Arising – Accepted for Publication by Modern Practice Journal of Finance and Investment Law, vide the letter dated September 6, 1999.

2004: Environmental Laws and Its Enforcement in the Niger-Delta Wetlands – Unpublished.

1998: LASEPA – Resource Person and Presenter of a Paper Titled “Government Laws, Standards and Actions Regarding Environ­ Mental Pollution and Safety in Nigeria” at a Seminar on Industrial Pollution And Safety, organized for Lagos State Environmental Protection Agency (LASEPA) on August 26, 1998.

1999: Man And His Environment – Paper Delivered At An Induction Ceremony At The Rotaract Club Of Surulere, Lagos.

1999: NAPE – One of the Discussants at a Workshop Titled “Environmental Housekeeping In The Nigerian Oil Industry” Organised By The Nigerian Association Of Petroleum Explorationists (NAPE) On November 15, 1999.

2000: Resource Person at a Workshop Organized by Lagos State Environmental Protection Agency (LASEPA) on March 30, 2001 – Presented a Paper On “The Legal Implications Of The Proposed Effluent Limitation Standards In Lagos State.”

2000: Resource Person at a Seminar Organized by Students of the Centre for Environment and Science Education Association, on the occasion of “World Environment Day,” on June 5, 2001 – Presented a Paper On “Enforcement Of Environmental Laws – Which Way Forward?”

1999: Naturewatch – Nigeria’s Environmental Magazine (A Publication of “The Nigerian Conservation Foundation” January 2000) – “EIA Laws and The Dredging of the River Niger.”

Contributing Editor, “Naturewatch,” a Publication of the Nigerian Conservation Foundation.

Consult with an attorney